A Closer Look at Daniel Snyder’s Background and Philanthropy

For Daniel Snyder, football has been a passion since he was a young child. He grew up in the Washington, D.C. area, so he has always been a loyal fan of the Washington Football Team. As an adult, Dan Snyder pursued his entrepreneurial endeavors with great success. With considerable wealth from those endeavors, he jumped at the chance to purchase his favorite football team when the opportunity became available to him in 1999.

As a prominent member of the local community and a business leader in the Washington, D.C. area, Daniel Snyder has consistently used his position to give back to the local, national and world communities in various ways. His philanthropic efforts began almost immediately after taking ownership of the Washington Football Team when he formed the Washington Charitable Foundation. Since 2000, this organization has raised more than $29 million to support various organizations, groups and individuals in the community. With focuses on education, health, wellness and outreach, the Washington Charitable Foundation has had a positive and meaningful effect on millions of people.

Specifically, the foundation hosted numerous programs and efforts in 2019 to support various education workshops and events. More than 115 of these special events ultimately reached more than 38,000 elementary school students in the local area through the Read Program. The foundation also focused on additional in-school wellness events that reached the lives of 12,000 seventh graders across four school districts. At the same time, the foundation has continued to run and expand its Loads of Love outreach program. Through the program, students in need at more than 80 local schools have received funding to keep children who live in poverty properly clothed. The goal is to help children in need to have an equal opportunity at education and program participation.

Daniel Snyder’s clear care for the world around him extends far beyond the local community. For example, when Hurricane Matthew devastated the Bahamas and Haiti in 2016, Snyder acted quickly. He directly organized a delivery of emergency supplies to both of these areas. Dan Snyder also recruited help from two of his team’s football players to work on the ground in Haiti distributing those supplies. Snyder’s philanthropy in 2016 is not out of character. He has also participated substantially to relief efforts after the 2004 tsunami in Thailand and Indonesia and after Hurricane Katrina hit the U.S. in 2005.

Daniel Snyder and his foundation have actively supported the Children’s National Hospital as well as the National Center for Missing and Exploited Children. Because of his direct support for the hospital, they were able to construct the Snyder Family Emergency Medicine and Trauma center. The foundation supported social injustice awareness efforts with donations to grassroots organizations in 2020. He made a large donation to the Capital Area Food Bank to provide relief during the COVID-19 shutdown. Daniel Snyder has also been a key figure in restoration efforts for the Ashburn Colored School, military veterans’ programs inside the NFL, the Beacon House and Youth for Tomorrow.

Throughout these and other profound efforts to make the world a better place, Dan Snyder has also been active in the NFL community. Specifically, he has served on the Media Committee, the Digital Media Committee, the Business Ventures Committee, the Stadium Committee and others. Snyder also has continued to operate one of the most valuable sports franchises worldwide. Prior to becoming the owner of the Washington Football Team, Snyder founded Snyder Communications, Inc. in 1985. He quickly grew the company to a powerful, lucrative operation with a global presence. Snyder became the youngest CEO of an NYSE company. The company was ultimately sold to a French firm for $2.3 billion in 2000, making it the largest merger transaction of its kind at the time. 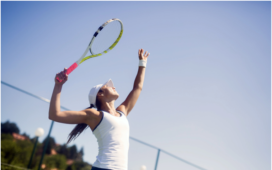 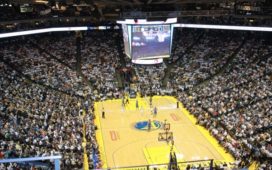 How To Get Into Watching Basketball: Top Tips 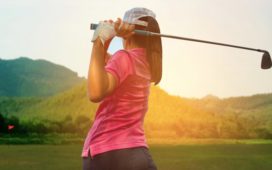 Our Favorite Golf Tricks To Elevate Your Game 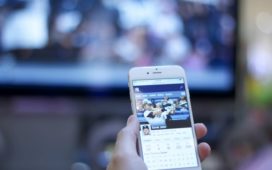 6 Tennis Tips to Help You Step Up Your Game

Understand the Best of soccer game for You